Over 30 years as an artist, Leonardo DiCaprio has created his own ‘brand’ in Hollywood. He still maintains his fame and charm on the screen even though he doesn’t pursue market films or “hang on” to billion-dollar franchises.

Born in 1974 in Los Angeles (USA), the child of the DiCaprio family was called Leonardo – after Leonardo da Vinci, because the mother realized her son first kicked in her stomach while she was looking at the artist’s painting. This masterpiece is in the Italian museum. Born in the “promised land” of world cinema with a special name, the passion for art has smoldered in Leonardo DiCaprio, growing with him and reaching outstanding achievements in the future.

The male star started appearing in television commercials and got his chance in the series Romper Room (1980). Although active early, it was not until the late 1980s that the 7X handsome man officially entered the film world. Leonardo DiCaprio got his first big TV role in 1990 as an adopted homeless boy on the ABC sitcom Growing Pains.

Realizing the acting potential of this rookie artist, Robert De Niro chose him to co-star in the movie This Boy’s Life and was well received. Not long after, the Los Angeles-born male continued to make a strong impression when transforming into a mentally disabled young man in What’s eat Gilbert Grape? co-starred with Johnny Depp and received the first Oscar nomination of his career.

Leonardo DiCaprio’s fame began to rise when he played the male lead in the movie Romeo + Juliet (1996). A face without dead corners with eyes that can speak, a small, angular chin, and the image of a passionate, romantic and sweet Romeo make him the dream “prince” of many girls.

Only a year later, the male star 7X had a spectacular “makeover” with the image of a naked, romantic character in the blockbuster Titanic directed by James Cameron. The sad love story of Jack and Rose has touched millions of global audiences and brought the main star couple to A-list stars.

After the incredible success of Titanic, Leonardo DiCaprio made a choice that helped define his film career for the next two decades. Instead of following the movies based on the formula of the “blockbuster” that dominate the box office or the sensational works that attract customers, the actor chooses novel, unique, and artistic projects to have the opportunity association with top Hollywood directors.

Thanks to his clear direction, almost 25 years since Titanic, Leonardo DiCaprio is still a global movie star. He continuously earns money and receives tired praise from the professional world through his quality works on the screen.

The Hollywood Reporter said about the 7X actor: “Unlike actors who lack stable form like Will Smith, Jennifer Lawrence or Robert Downey Jr., Leonardo DiCaprio sits at the top of Hollywood without appearing in a super movie. heroes or famous movie brands from before. Leo itself is a brand.”

Director Quentin Tarantino said of the Once Upon a Time in Hollywood actor: “One of the things I like about Leo is that he doesn’t do two movies a year.” The powerful filmmaker likens the actor to Al Pacino or Robert De Niro in the 1970s, when they did not try to appear as densely on the screen as other stars, but devoted themselves to one work.

And talented director Martin Scorsese called Leonardo DiCaprio his “perfect muse”. The legendary filmmaker praised, “There’s one important thing about him that I’ve always wanted to say is that Leo was born to be a movie actor. He can act well in films without words because his facial expressions and eyes are soulful without having to speak.”

Over 30 years of dedication to the arts, Leonardo DiCaprio entertains audiences with a series of quality works: Catch Me If You Can, Gangs of New York, The Aviator, The Departed, Blood Diamond, Inception, The Great Gatsby, The Wolf of Wall Street, Once Upon a Time in Hollywood… and most recently Don’t Look Up.

The talented artist does not confine himself to any image but makes the cinema public go from one surprise to another with spectacular transformations. He is not afraid to play characters with complicated minds, genres of films that challenge his acting ability and endurance, even do bad things, torture himself to breathe life into the best character.

The star born in 1974 varied widely on the screen and constantly renewed his image and reached higher acting realms, but his efforts were still not enough for the Academy to award an Oscar golden statue after many times. nominations. This makes the public regret and feel it’s unfair for the famous male star. For years, movie fans “screamed” because Leonardo DiCaprio was not named.

It was not until 2016 that Leonardo DiCaprio received the Oscar for Best Actor. The role of Hugh Glass – the hunter abandoned by his teammates in the dark and violent film The Revenant (2015), has made the audience admire the actor’s outstanding acting ability. This is not Leo’s best performance, but it is the role that changed his image the most and was the most tortured when filming in extreme weather conditions.

Director Alejandro González Iñárritu shared that Leonardo DiCaprio is a perfectionist and very demanding of himself and is ready to perform the most difficult and laborious scenes until it is perfect even though the director sees that everything has already been done. is fine. “He doesn’t flinch from unnecessary things,” added the U60 filmmaker.

It was Leonardo DiCaprio’s great contributions to the screen that made movie lovers around the world and the entertainment industry burst into tears when he won the Oscar after many years of waiting. Also at the 88th Oscars, the victory of the most expensive male star in Hollywood caused a “storm” on Twitter when more than 440,000 tweets were posted every minute.

The famous ‘lady-killer’ master in the entertainment industry

Although he always keeps his private life away from the attention of the media and the public, Leonardo DiCaprio’s personal life has always been a subject of positive public opinion. He is known as one of the hottest Hollywood actors when dating all beautiful, fiery female stars and has never been in love with anyone more than 25 years old.

The Gatsby actor’s love life began to be noticed in 1994 when he was romantically involved with model Bridget Hall. In the following years, this famous star’s dating story continuously became the focus of the press, he could not see the love with Kristen Zang, experienced a deep love affair with supermodel Gisele Bündchen, bonded many times. Next to the long-legged Bar Refaeli, the “sexy beauties” are back together with Blake Lively, Toni Garrn, Nina Agdal…

After more than a dozen love affairs that consume ink and paper of the press, Leonardo DiCaprio is living peacefully with female model Camila Morrone, 23 years younger than him. The two started dating in 2017, they are constantly caught in intimate moments during walks or vacations around the world.

“Leo has never loved a girl like that,” an exclusive source of Us Weekly revealed in 2018. Despite the bad rumors, the couple remained quietly together. They spend a lot of time with each other when they stay at home to avoid the epidemic and sometimes appear in the newspaper with simple moments in everyday life.

Leonardo DiCaprio is one of the most photographed stars in the world, but he is a very private artist. The actor wants the public’s attention to focus on his movie works instead of his own life.

Jim Gianopulos – former head of 20th Century Fox, once praised how Leonardo DiCaprio balances his career and private life: “I really admire that Leonardo DiCaprio has achieved all the fame and success that he is today, but still maintains it. develop lasting friendships and close relationships with parents. He is a lovely person. Hollywood can change a lot of people, but it hasn’t really changed Leo.” 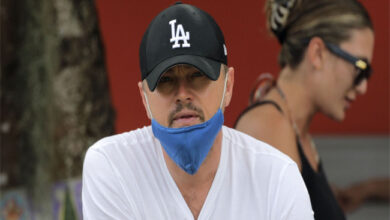 Leonardo DiCaprio tricks his girlfriends into thinking he’ll marry them but he won’t: Rumor 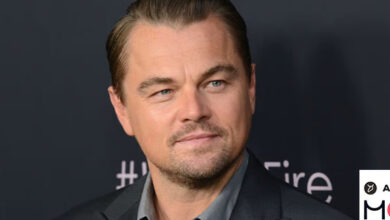 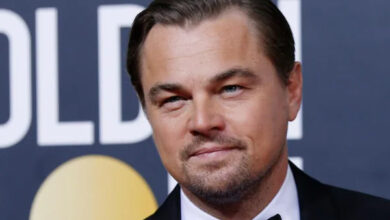 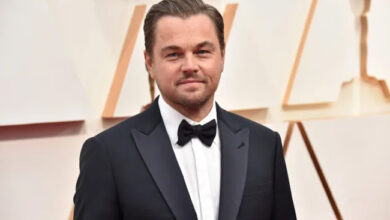