Lebanon and Kuwait have refused to screen Gal Gadot’s latest film “Death on the Nile” because of the Israeli actress’ past service in and support of the Israel Defense Forces.

The local Kuwaiti newspaper Al-Qabas said the country decided to ban the film after facing pressure to do so by anti-Israel activists on social media, The Daily Mail reported. The newspaper also quoted a Kuwaiti official saying that the Gulf state, which refuses to normalize relations with Israel, would not screen a movie starring “a former solider in the Zionist occupying army.”

Deadline later confirmed that Lebanon is also banning the movie due to Gadot’s connection to the IDF.

Gadot completed two years of mandatory military service in Israel before becoming a model and actress. In May 2021, the Israeli-born actress disabled comments on a Twitter post after coming under fire for saying that her “heart breaks” for Israel over its conflict with Hamas militants in the Gaza Strip. In 2014, she faced backlash for saying in a Facebook post that she was praying for the wellbeing of Israeli soldiers who were fighting Hamas terrorists.

The “Red Notice” star and former Miss Israel has also spoken positively in the past about her experience in the IDF and her support for her home country.

Lebanon, Jordan and Qatar banned Gadot’s movie “Wonder Woman” after it was released in May 2017, also due to her IDF service. The film’s sequel, “Wonder Woman 1984” was banned in Lebanon as well. At the time of the film’s release, theaters in Kuwait were already closed due to the COVID-19 pandemic. 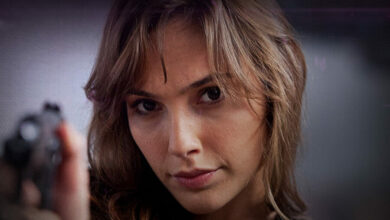 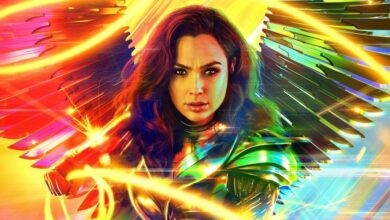 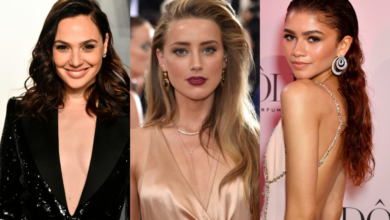 Why Amber Heard Was Compared to Zendaya, Gal Gadot During Trial 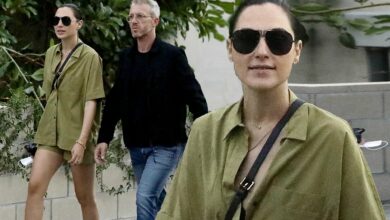 Wonder Woman star Gal Gadot, 36, and husband of 13 years Jaron Varsano, 46, make a stylish pair as they step out in West Hollywood