Gal Gadot and her husband Yaron Varsano are gearing up for a busy time of the year.

So before their ‘busy and hectic’ schedules kick in, the couple decided to enjoy some quiet time together in the great outdoors on Saturday.

The Wonder Woman star documented their weekend getaway by sharing three photos, including one where she gave her man a sweet kiss on the cheek.

Gadot, 36, can be seen wearing a gray overcoat over a burgundy turtleneck shirt, and her dark tresses pulled back off of her face in a ponytail.

‘Since the next couple of months are going to be so busy and hectic we decided to spend this beautiful Saturday outdoors in the winter sun,’ she confessed of their time together, adding that they’re ‘taking some family time off before diving in to some incredibly exciting new projects.’

Varsano, who’s a businessman and real estate developer, squinted his eyes under that winter sun in the photo dressed in black coat over a matching hoodie.

The Israeli actress and model also posted a photograph of a lake they passed during their stroll outside, as well as an image of the shadow of the couple as they shared a hug.

So far it’s not known exactly what new projects the couple will be directing much of their attention to over to over the course of the next two months.

But Gadot has been confirmed to have signed on to no less than three new films, including the international spy thriller, Heart Of Stone, opposite Belfast actor Jamie Dornan, according to Deadline.

She’s also set to star in a remake of the Alfred Hitchcock romance thriller To Catch A Thief, and serve as one of the producers along with her husband, according to The Wrap.

Gadot has also been confirmed by The Hollywood Reporter to be among the cast of Disney’s live-action adaptation of Snow White And The Seven Dwarfs to play the Evil Queen alongside such actors as Andrew Burnap and Rachel Zegler, who will play Snow White.

The mother of three is currently stars in Kenneth Branagh’s mystery film Death On The Nile, which is based on the 1937 novel of the same name by Agatha Christie.

Gadot and Varsano have been married since 2008, and share three daughters: Alma, 10, Maya, four, and Daniella, seven months. 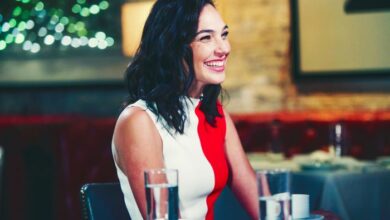 Another Celeb Is Coming for Your Junk Food 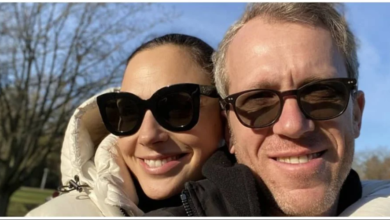 This Is How Gal Gadot Really Met Her Husband, Yaron Varsan 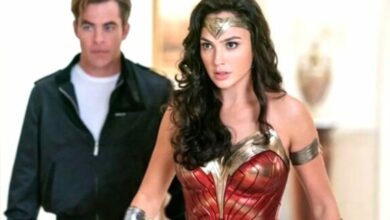