She recently delivered a tearful speech on Capitol Hill encouraging Republicans and Democrats in Congress to pass a new version of the Violence Against Women Act.

And Angelina Jolie was spotted jetting out of Washington D.C. with her eldest daughter Zahara, 17, on Wednesday.

The mother-daughter duo walked through the terminal hand-in-hand with a security team in tow.

Angelina cut a chic figure in a black-and-white coat that she layered over a plain black dress.

The 46-year-old actress accessorized with a pair of diamond stud earrings and slipped her feet into a pair of tan high heels.

Her brunette hair was parted to one side and styled in soft curls and she wore her signature cateye flick.

The Changeling star carried her essentials in an off white leather tote bag.

Zahara let her bright blue braided hair pull focus by rocking a plain black dress and a brown coat to the airport.

The 17-year-old completed the look with some classic black Converse All Star sneakers and a bright orange purse.

Angelina and Zahara looked eager to return to their Los Angeles, California home after spending a few days in the Capitol.

Angelina is still entangled in a custody battle with the 58-year-old Academy Award-winner, who she first filed for divorce from in 2016 after two years of marriage.

They originally met on the set of the 2005 action flick Mr. And Mrs. Smith, when Brad was still married to actress Jennifer Aniston.

Though family is her focus, Angelina has also made time to fight for the causes that are near and dear to her heart over the years.

On Wednesday, the Maleficent star visited Capitol Hill to help a bipartisan group of senators roll out a new version of the Violence Against Women Act.

She got emotional when addressing a packed press conference – and shamed Congress’ ‘silence’ on the matter as they’ve not reauthorized the bill in nearly a decade.

‘The women who have suffered through this system with little or no support, they still carry the pain and trauma of their abuse,’ the A-list actress continued. ‘The young adults who have survived abuse and emerged stronger not because of the child protective system, but despite it.’

‘And the women and children who have died, who could have been saved,’ she said.

Jolie, who’s no stranger to Washington or political causes – and even met with Environmental Protection Agency head Michael Regan before her appointment on Capitol Hill – fussed at lawmakers for not reauthorizing the bill since 2013.

‘The reason that many people struggle to leave abusive situations is that they’ve been made to feel worthless,’ she said. ‘When there is silence from a Congress too busy to renew the Violence Against Women Act for a decade, it reinforces that sense of worthlessness.’

‘You think I guess my abusers right. I guess I’m not worth very much,’ the actress continued.

‘That’s why passing this law is one of the most important votes US senators will cast this year,’ she told the lawmakers. 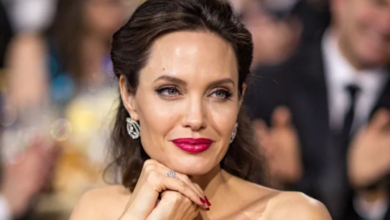 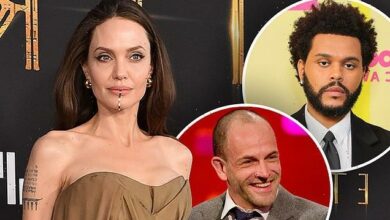 ‘She’s making up for lost time’: Pals say Angelina Jolie is ‘having so much fun’ dating… as she is linked to both The Weeknd and ex-husband Jonny Lee Miller 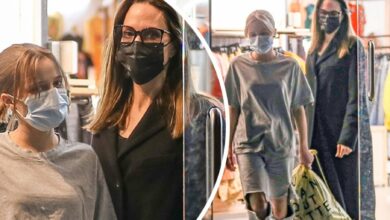 Angelina Jolie: Her Life And Career Through The Years