Fifteen minutes is all you get with Hollywood stars, most of the time. So I was astonished to find myself sitting in the bar of the Carlyle Hotel in Manhattan as the minutes turned to hours and one of the world’s most famous actors chatted away to me – just me – about her life. I was thrilled too, of course, but what was going on? Why was Scarlett Johansson so happy to stay so far past the time allotted for us to talk about her latest film, which in that winter of 2017 was Ghost In The Shell?

“One thing I’ve realised in the past couple of years is that I have never actually been alone,” she said, talking about her twin brother, Hunter. She meant from the womb. “And in those first moments of life, even just the spark of it, having somebody else there must affect one, right? Because of it, I’m learning now how to be alone, just with myself.”

And here’s a confession: I missed the real significance those words must have had for her that day.

I’m writing this as someone who has just launched a podcast of short stories about real encounters with remarkable people, and what they tell us about how to live. Johansson is in the first season, along with Tiger Woods, Desmond Tutu, Nelson Mandela, the Queen, and a refugee called Zahra.

The podcast is called Can We Talk? and I’ve been asked to write about what I’ve learnt. I’ll start by telling you that when Johansson spoke about being alone, I missed the real point.

Why? Because she’s a great actress who probably didn’t want me to know, but also because I was too distracted by the vain male chimp chattering furiously inside my brain, saying this was amazing, Johansson was laughing and keeping eye contact and staying and so she must fancy me, right? Wrong. Very wrong. Men can be so deluded. I’m just being honest.

My editor made a joke about all that the next morning, when he sent me an email saying: “What did you do?!”. Because there, all over the media, was the news that Johansson had been seen without a wedding ring and that her marriage to the French magazine editor Romain Dauriac was now apparently over.

What had she been doing in the bar? Hiding away, I think. A brilliant actor with the ability to create the illusion of intimacy, while at the same time guarding her privacy, finds herself on a difficult day in a quiet, discreet place with someone who possibly seems vaguely friendly, and maybe uses the moment to give herself a bit of time out. I think that’s what was going on. So, if you want a tip when it comes to interviewing very famous people, try this: it’s never about you.

Also, listen. Don’t sit there fretting about what your next question will be – actually listen to what they say. If they go off on a tangent, make sure you know what they’re talking about. Research like a demon, but leave the notes at home. Have their life, work, achievements, failures, joys and heartbreaks in your head, so that when they mutter something to themselves that really matters, you can spot it. This has to feel like a conversation, so you are both comfortable. Show respect. Go with the flow. Be attentive. Watch the body language. Take two recorders. I’ve learnt that one the hard way.

I hope that Can We Talk? is something more reflective, ambitious and useful than a set of interviews and encounters, though. These are crafted short stories about what it was like to drink tea with Johansson, face Tiger Woods after his fall from grace, see Nelson Mandela lying in state, meet the Queen with the help of a ghost, and admire the courage of Zahra. They are also explorations of our human longing to connect.

I tell the story of the time that Tutu thought I was trying to kill him, but it’s not the whole point. There is more to be learnt here.

This was not in South Africa but in the occupied West Bank, in 1999, when the host of the event I was reporting on suddenly announced that a friend would be leading communion that morning.

In walked a man some considered a living saint: the Archbishop of Cape Town, hero of the struggle against apartheid, leader of the attempt to bring truth and reconciliation to his country. Friend and ally of Mandela. Blimey.

We later learnt that he was on a private visit to meet members of the Israeli government and Yasser Arafat, the chairman of the Palestinian Authority. If change could come to South Africa, he told us, it could come to the Middle East. I could almost believe it, in that moment.

Somehow I managed to persuade his people that it would be OK to let me interview him. “Sure,” they said. “After lunch. We are driving back to Jerusalem. Come with us, sit in the back and talk to him.”

This was a career-defining moment for a kid who had not been on the nationals long. More than that, on a personal level, I was about to be close up with a man I really admired. I spent half the long lunch – with its endless speeches and heart-breaking songs of loss – trying to think of sensible questions, and half the time panicking that I was not up to this. Not by a long shot.

Then the time came. Goodbyes were said. Tutu moved towards his car. I think it was a black diplomatic car, presumably bulletproof. The minders were in suits, with sunglasses hiding anxious eyes.

And Desmond Tutu screamed. Yelped, maybe. I know there was panic and fear. I know it was a shock to find him shouting at me. “Get out! Get out of my car!”

The winner of the Nobel Peace Prize yelling in my face. And with good reason, because nobody had told him. He didn’t know who I was. He only saw this big blonde stranger get in next to him, in this troubled foreign land, and must have thought he was about to die. I would have screamed too.

I got out fast, the minders shrugged and the car left in a hurry, without me. Gone. Absolutely gone. I stood there watching the dust cloud settle again, wondering what had just happened, with the connection I had been longing for, the moment of humanity between us, broken in tiny pieces on the floor. Feeling hurt, until I realised it wasn’t about me.

For the next decade I read everything he wrote, trying to make up for that moment. And I found in him a belief that is central to what I’m trying to do with my podcast: Tutu’s version of ubuntu, a philosophy he described in these words: “I can’t be a human being on my lonesome… I have to learn from other human beings how to be human, and so ubuntu says my humanity is bound up in yours. I am, only because you are.”

I take that to mean that we are each of us worthy of respect, forgiveness and being heard.

Series one starts with Johansson but ends with Zahra, a teenager who crossed the Channel on an overloaded rubber dinghy one recent Christmas morning.

Meeting her at a project in Folkestone, I was struck by the similarities between her long journey from Iran and those epic tales of old in which a hero has to travel great distances, overcoming monsters and terrifying obstacles to reach a kind of peace.

If only we saw young women like her as us, rather than alien or other, we would hear their stories so differently.

Zahra dreams of being a pilot. She’s taking flying lessons now. How’s that for a metaphor to finish with? She told me: “The boys laugh and say: ‘That will never happen. Girls can’t be pilots.’” And what does she say to them? “I just say: ‘Watch me fly!’” 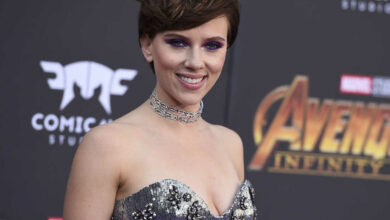 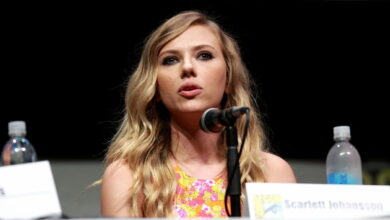 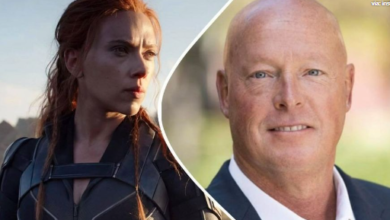