It was recently reported that Black Widow star Scarlett Johansson, who previously filed a lawsuit against Disney for a breach of contract, earned a second massive payout as a result of release restructuring brought on by the coronavirus (COVID-19) pandemic. Not for the Marvel Cinematic Universe blockbuster, but for Universal Pictures’ animated feature film, Sing 2.

According to Puck, Johansson was one of several actors who were handed “mid seven-figure checks” by NBC Universal as a buyout of their box office bonuses. NBC Universal had opted to make films available for streaming 17 days after release in theaters as a compromise during the pandemic. The same was given to Johansson’s co-stars, Matthew McConaughey and Reese Witherspoon. The exact figure is unknown. It’s worth noting that Universal’s deal with theaters allowed for release on streaming services for films that opened to less than $50 million. Meaning the buyout was arguably unnecessary.

Hybrid releases became the norm for a time during the pandemic, following an industry-wide shutdown and the closure of numerous theaters around the world owing to lockdown restrictions and the broader reservations from the public.

Films such as Black Widow and Dune were released both in theaters and on a variety of streaming services in response to the pandemic and as a compromise for cinemas around the world. There were several exceptions, however, including Shang-Chi and the Legend of the Ten Rings and the more recent Spider-Man: No Way Home, both of which were released exclusively in theaters.

In July, Johansson sued Disney over the hybrid release of Black Widow, which breached her contract with the studio and reportedly resulted in a diminished bonus, which originally hinged on the box office success of the MCU film. The actor explained that it was a matter of knowing her worth and standing up for herself, stating in the previous interview, “In this industry, I’ve been working for such a long time. It’s been almost thirty years. There’s so much that has shifted over those thirty years. I think sometime before, maybe, you would feel, ‘Oh gosh. If I stand up for myself, I might never work again. Or I might be blacklisted in some way.'”

Scarlett Johansson Will Forever Be The Sexiest Woman Alive, Pictures Are A Proof 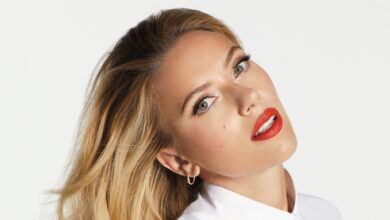 Scarlett Johansson Honored by American Cinematheque: She’s ‘at the Height of Her Powers’