Kendall Jenner was labelled ‘tacky, disrespectful and rude’ for ensuring all eyes were on her in a daring cut-out Monôt dress at a friend’s wedding in November.

But it seems Rozalia Russian ignored the criticism Kendall received when she opted to wear a near-identical gown at her own friend’s nuptials on Saturday.

The Melbourne socialite, 31, rocked a similar flesh-flashing dress by Chrisopher Esber, which retails for $1,155, while posing at the ceremony with her husband Nick.

She teamed her look with a pair of strappy black heels, a blue feathered handbag and a pair of oversized sunglasses.

The mother of two wore her hair in a sleek-straight style, and opted for a bronzed makeup palette on her already striking features.

Fans were quick to comment on the striking resemblance, with one writing: ‘Kendall is that you?’ Another added: ‘Kendall who?!!!’

‘Look at you two. Gorgeous,’ Real Housewives of Melbourne star Kyla Kirkpatrick wrote, while a fan added: ‘Love the dress, but at first glance I was like… why is she carrying a feather duster.’

Rozalia is a former ballerina-turned-influencer who promotes major brands such as Dior, Louis Vuitton and L’Oréal Paris.

Her entrepreneur husband Nick Russian is Melbourne’s most prolific nightclub owner and famously appeared on dating show Temptation Island in 2002.

It comes after Kendall insisted she got bride Lauren Perez’s approval to wear the controversial skin-baring gown to her wedding in November 2021.

While the infamous wardrobe choice sent the Internet up in arms, the 26-year-old supermodel revealed at the time she ‘obviously’ got her pal’s ‘approval in advance’.

At the time, Jenner was blasted as ‘rude,’ ‘tacky,’ and ‘disrespectful’ on social media for wearing the incredibly revealing gown to her friend’s seaside wedding in Florida.

Just a thin swath of black fabric, twisted thinner in the middle, covered her chest, covering up less than many bikinis would.

Nearly her entire stomach was visible, down to her belly button and hip bones.

The images shocked social media users, who dubbed the dress a ‘F you’ to Kendall’s friend and insisted they would’ve kicked the star out if she wore it to their wedding.

While fans seemed to be in agreement that she looked great, many insisted it was in no way an appropriate outfit to wear to a wedding.

‘Totally disgusting for a wedding,’ wrote one Twitter user.

‘Kendall Jenner really said F you to her best friend on her wedding day,’ said another, while a third added: ‘Wow she must hate the poor bride.’

‘It’s not even about “looking better than the bride” it’s just so tacky and awkward to wear at a wedding,’ tweeted a fourth. 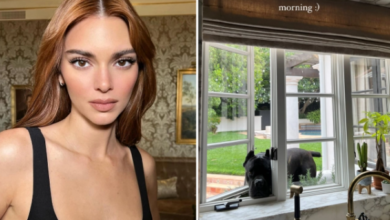 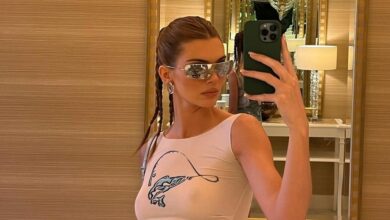 Kendall Jenner Is Bringing Back This 2000s Staple 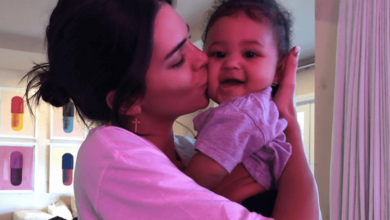 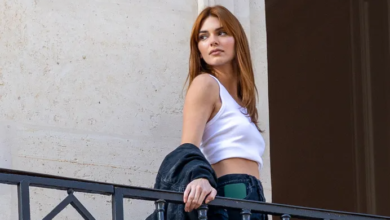 Does Kendall Jenner Know How to Cut a Cucumber?