The John Wick franchise has yet to release a poorly received film, with many considering the recent third entry the best of the bunch. Following the explosive ending of John Wick: Chapter 3 and Winston’s (Ian McShane) betrayal of Wick, many fans were eager to see the slick assassin return for chapter four. Unfortunately, the ongoing COVID-19 pandemic caused several delays for the film, the most recent of which pushed the release back to March of 2023. In addition to Reeves and McShane, the cast of John Wick: Chapter 4 includes Lawrence Fishburne, Donnie Yen, Bill Skarsgård, Hiroyuki Sanada, Shamier Anderson, Scott Adkins, Lance Reddick, and Rina Sawayama, among others.

In newly released photos from the Daily Mail from the set of John Wick: Chapter 4, Reeves can be seen having a little fun between takes. The photos show Reeves traversing the snowy New York set in an all-black suit and sliding down a metal railing instead of taking the stairs. The set photos also show Reeves wearing a black sleeve over his left ring finger, the same finger that he was forced to cut off in John Wick: Chapter 3 – Parabellum.

Production on the fourth John Wick film has taken Reeves around the globe, with filming taking place in Paris, Berlin, Japan, and Utah. New York City, however, has always been something of a home base for the franchise, with all three chapters heavily featuring the iconic New York Continental hotel for various sequences. The new set photos show that, not only is John Wick returning to New York City, but that the location might be snowy for the first time in franchise history.

Reeves has long had a reputation for being one of the nicest and most laidback actors in Hollywood. Just recently, in fact, the actor bought the entire John Wick stunt team expensive Rolex watches. In addition to showing off a bit of the New York City set, the new photos show that Reeves is once again keeping things light behind the scenes and having a bit of fun between the bloody shootouts that John Wick: Chapter 4 is sure to include. 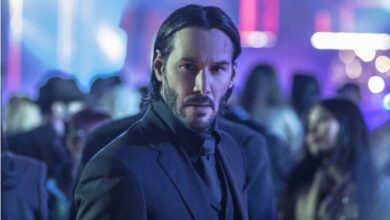 John Wick Was Originally a 75-Year-Old Man, but Keanu Reeves Took the Script and ‘Made It His Own’ 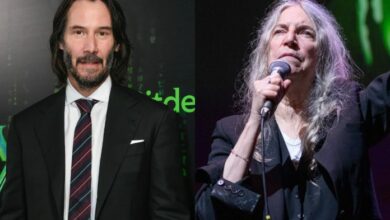 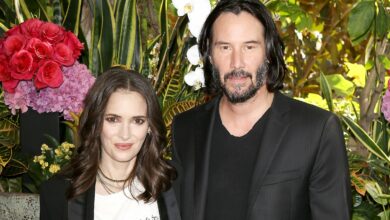 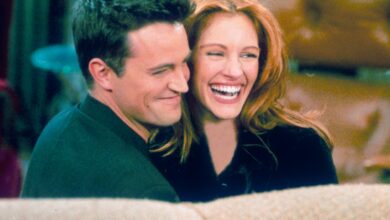