Justice League star Gal Gadot transforms into both Wonder Woman and Aquaman in a pair of new videos released online. Back after the blockbuster global success of the first-ever Wonder Woman solo movie over the summer season, Gadot is getting ready to team up with Batman (Ben Affleck), Aquaman (Jason Momoa), The Flash (Ezra Miller) and Cyborg (Ray Fisher) in the hotly anticipated big screen union of the Justice League.

With exactly three weeks before the film’s release in theaters, Gadot and her fellow Justice League stars are already busy at work promoting the film, which includes a huge presence on social media. The actors especially have a huge presence in the Twitterverse, and Friday, Gadot was featured in pair of cool tweets from the official Justice League account where she literally transforms into a pair of the film’s characters before our eyes.

In the first tweet (see below), we first get a black-and-white close-up photo of Gadot’s face, before a colorful “zap” over her face with a portion of the Wonder Woman logo places the Amazon warrior princess’ tiara on her head. Ultimately, the effect makes you feel like you are watching a motion poster.

In the second tweet, Gadot is featured in a video where she is playing with her smartphone, snapping a photo that first merges her image with her Wonder Woman tiara and shield, and then with Aquaman’s face and posing with his Trident of Neptune. The Wonder Woman costume fits her perfectly, of course, but her Aquaman look shows Gadot as you’ve never seen her before (considering that she’s sporting Momoa’s mustache and beard). The effect is similar to a Snapchat filter, but it’s actually done using Facebook Camera. Once fans click on a link that you can have sent to your smartphone, they can access an app to become a Justice League character, too. See the tweet with the video below:

Much like we’ve seen in Thor: Ragnarok’s social media campaign running up to its release, it’s fun to see the stars of Justice League finding fun and creative ways to get the word out about the film. Even though Justice League is projected to open in the $150 million range domestically, clearly the production is not taking any chances and has pulled out all the stops to get fans and prospective theater-goers excited about seeing the film. The Facebook Camera app certainly will help ramp up the excitement, because, after all, how cool is it to look like a Justice League superhero in a snap? 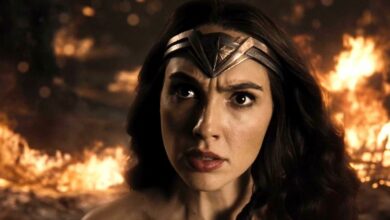 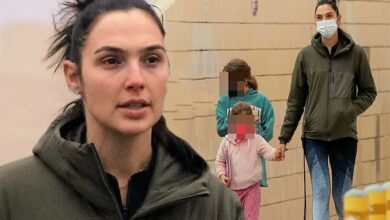