Angelina Jolie was spotted shopping for a bargain at Urban Outfitters in Los Angeles on Monday night.

The 46-year-old Academy Award-winner was joined by her youngest daughter Vivienne, 13, who walked out on Melrose Avenue carrying a bag full of new clothes.

The Maleficent actress looked exceptionally chic as she stepped out of the store in an oversized black coat and black-rimmed reading glasses.

Jolie paired her simple yet stylish look with a pair of brown open-toe sandals on her feet.

The movie star’s brunette hair was worn down and she matched her all-black ensemble with a face mask to protect herself from COVID-19.

She also rocked a pair of dark sneakers and a face mask.

The teenager kept her blonde hair out of her face and pulled back into a ponytail.

Angelina is a doting mom to six kids with ex husband Brad Pitt, 58.

The two A-list stars met on the set of Mr. and Mrs. Smith in 2005 and after dating for a decade they tied the knot in September 2014.

Jolie adopted Maddox in 2002, then Zahara in 2005, a year after she’d met Pitt while the pair filmed Mr and Mrs Smith. He was married to Jennifer Aniston at the time.

They then adopted Pax together in 2007, and had biological kids Shiloh, Knox and Vivienne afterwards. Pitt adopted all of the kids before they got married in 2014.

In 2016 Jolie filed for divorce from Pitt, which was finalized in April 2019. Meanwhile the custody of their children is still in the courts.

Though she hasn’t dated anyone publicly since the divorce, the superstar recently sparked romantic rumors with Canadian singer The Weeknd.

The two were spotted having dinner inside Santa Monica hot spot Giorgio Baldi in September.

Though she reportedly told people they were ‘just friends’ fans believe that the musician’s latest album, Dawn FM, suggests otherwise.

In song Here We Go… Again the crooner talks about dating a movie star, fueling speculations he may be seeing Jolie. 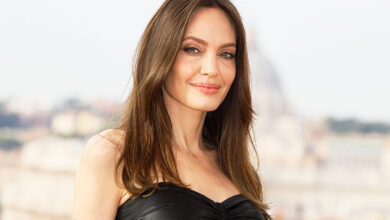 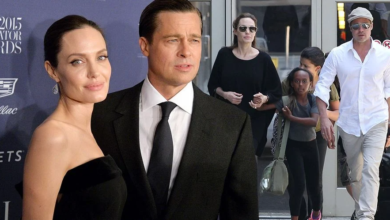 Are Brad Pitt And Angelina Jolie On Speaking Terms? 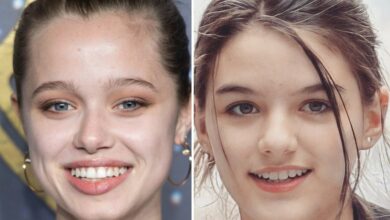 Shiloh Jolie-Pitt and Suri Cruise at 15: how do their teenage years compare? From close bonds with mums Katie Holmes and Angelina to strained ones with dads Brad and Tom 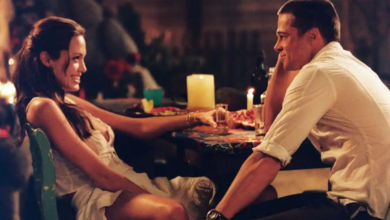