The Walking Dead is on its way to AMC for the second half of season 11, which is the final season in the post-apocalyptic series. A new trailer for the upcoming episodes has just been released and it shows the survivors fighting for their place in the new world. Express.co.uk has all you need to know about when part two of the three-part series final will air.

The Walking Dead fans were sad to hear the original series would be ending in 2022.

The long-running zombie series will be followed by a number of spin-offs, including the Rick Grimes (Andrew Lincoln) films.

A new trailer for part two was released on January 19 and it revealed new episodes will air on AMC from February 20.

If fans wish to watch the new instalments a week early, they can register for AMC+.

For UK viewers, they will be able to watch via Star on Disney Plus, from February 21.

The trailer starts with the warning: “Darkness is heavy, some of us carry it more than others because we are strong enough to hold the weight.”

Daryl Dixon (Norman Reedus) says: “We’re doing this all wrong, we survived everything for what?

“To keep fighting and killing each other?”

This suggests the friction between the groups continues to build as the series progresses.

Negan (Jeffrey Dean Morgan) adds: “But, see, when it comes to me, it’s just a matter of time before you make the same call.”

Maggie Rhee (Lauren Cohan) is seen aiming and shooting a gun after Daryl warns her to stop.

The pair are next spotted trying to defend their camp from a group of armed outsiders.

Pamela Milton (Laila Robins), governor of the Commonwealth, is introduced as she thanks her father for his “sacrifices”.

She says: “Brick by brick and block by block, we are putting the world back together, the way it was.”

The group find themselves a little too close for comfort with not only walkers but bigger threats.

Eugene Porter (Josh McDermitt) is heard saying: “I’m going to make absolutely certain that everybody knows exactly who and what you are.”

It seems he is referring to the mysterious Stephanie (Chelle Ramos), who he had made contact with via the radio.

A final voice then says: “Get ready, because we are going to remake the world.”

Fans took to the trailer comments to share their thoughts on the explosive season.

Phyllis L Perry said: “Love this it really looks like they will be leaving us on the edge of seats and I can’t wait for Walking Dead to come back on.”

Danette Lewis added: “How could this ever end sweet Jesus? My heart. I so love looking forward to TWD binges!”

Maryann Keeping said: “I can’t wait for Feb 20th to get here. I do hate that this is going to be the last Season for TWD though.”

There are some viewers who remain hopeful Rick will return, but this has not been confirmed. 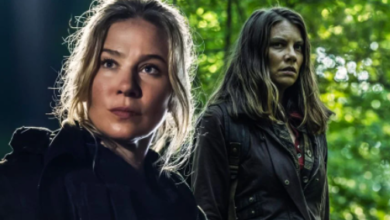 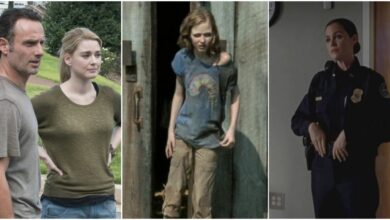 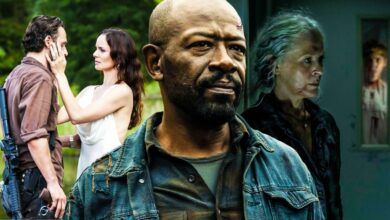 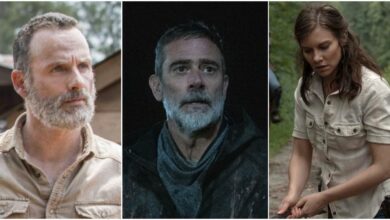 The Walking Dead: 5 Characters Who Are Good Role Models (& 5 Who Aren’t)