Since Andrew Lincoln’s exit from AMC’s media monster, The Walking Dead, Jeffrey Dean Morgan has stepped up to the plate. Morgan turned Negan into one of Walking Dead’s most sensational characters, becoming a real fan favorite in the process. However, there was once a time when fans desperately wanted to see the madman get his comeuppance.

Even now, it’s fun to imagine how The Saviors War might have happened had some of The Walking Dead’s former heroes and villains managed to remain alive a little longer. Negan was, and still is, a dangerous man. But whether or not he could have taken the fight to Rick if these characters were still around will forever remain unanswered.

10. Shane And Rick Taking Down Negan Is One Exciting Prospect

The prospect of Jon Bernthal’s unhinged officer going up against Negan is exhilerating for fans of The Walking Dead. Shane ended his time on Walking Dead as a villain. But it was his close bond with Rick, Carl, and Lori made him hard to hate – even after he attempted to kill the hero.

Shane was not only fearless, but he was an exceptionally skilled fighter. As tough as they come in The Walking Dead, he’s one foe that Negan can be glad he never had the misfortune of meeting.

9. Tyreese Could Have Brought The Hammer Down On The Saviors

Tyreese sadly didn’t survive long enough to meet The Saviors in either AMC’s Walking Dead or Robert Kirkman’s comic. This iconic character on the page was somewhat underwhelming in the TV adaptation. Tyreese could have benefitted greatly from a little more time in the spotlight in The Walking Dead.

Chad Coleman is a tremendous presence on screen, and to see him in a face-off with Negan would have made for some truly edge-of-your-seat television. Rick could have used a little more muscle in his army, and Tyreese would have filled that void perfectly.

8. Merle Matches Negan In All Things Evil And Heroic

In what would be a case of fighting fire with fire, Michael Rooker’s Merle going to war with Negan and The Saviors would have been a game-changer. The idea of Merle busting into The Sanctuary to save his little brother is a tantalizing one.

Characters in The Walking Dead don’t get much more rough and rugged than big brother Dixon. It could be argued that Merle would’ve fit right in amongst The Saviors. After his fatal showdown with The Governor, it’s clear that Merle would always have taken whatever side his brother was on.

7. Morales Was A Savior, But It Didn’t Have To Be That Way

While Morales did stick around long enough to fight Negan, they were actually on the same side. When the former Atlanta camp member made a surprise return to The Walking Dead, he was almost unrecognizable thanks to years of hardship and horrible losses.

Had Morales stayed on the road with Rick back in season 1, his life would almost certainly have turned out differently. His family may have survived, but the death of his loved ones is likely what turned Morales into such a bitter, hate-fueled man in the first place.

6. Hershel’s Wisdom Would Have Avoided Some Of The Bloodshed

By the time that Rick was going head to head with Negan, his group had lost almost all of their wise and weary voices of reason. Dale died back in season 2. Glenn had just had his skull bashed in. Perhaps the wisest of all Walking Dead personas, Hershel, had already been murdered at the hands of The Governor.

Fans will never know if Hershel could have used his words as a weapon in the war against The Saviors. Scott Wilson’s survivor may have even been capable of de-escalating much of the conflict.

5. T-Dog Was Incredibly Brave, And Would’ve Been A Great Ally At Rick’s Side

Courageous until his dying moments, Theodore Douglas remains one of The Walking Dead’s most underrated personas. IronE Singleton crafted a welcome presence on The Walking Dead in the early seasons, though he never really got the chance to take center stage until he had been bitten by one of the dead.

There’s no disputing T-Dog’s toughness. This hard-hitting hero certainly never took a defeat lying down. Had he had the chance to fight against Negan, he may well have transformed himself into one of Walking Dead’s most fearsome fighters.

4. Andrea Would’ve Had The Opportunity To Live Up To Her Comic Counterpart

One only needs to read Robert Kirkman’s comic to see Andrea taking up arms against Negan. Laurie Holden’s version had a vastly different journey as a post-apocalyptic survivor. Her time on Walking Dead was poorly received by the majority of the faithful fans.

With Andrea being such a deadeye with a gun, and her bold, brave personality, she would have made for one valuable ally against The Saviors. Had she stuck around that long, she may just have turned things around as a character, and lived up to the high expectations that the comic had set.

3. Oscar Would Make A Valuable Soldier In The Saviors War

Even when faced with Rick Grimes’ colt python, Oscar showed no fear. An honorable man, especially as he is first introduced to The Walking Dead as a convict living through the outbreak in a prison cafeteria.

Vincent Ward’s shining moments were few during his time on Walking Dead, but he established himself as a worthy member of the team during the fight against Woodbury. None of the inmates survived long after Rick and co. broke into their home. Oscar always seemed most likely to. As a character, he had plenty of potential to become a major player in the hit horror series.

Michael Cudlitz’s Abraham remains one of the most skilled and capable fighters to ever grace AMC’s Walking Dead. While the combat king met Negan and more unfortunately Lucille, it was never a fair fight.

From Negan’s perspective, his random selection on that fateful night was the correct one. Abraham cut the most intimidating figure of all of Rick’s group, even managing to look fierce whilst submitting on his knees. Had Negan not taken his swings at the Sargeant, the war likely wouldn’t have lasted as long as it did.

1. The Governor Versus Negan Would Be The Ultimate Walking Dead Showdown

When it comes to The Walking Dead’s big bads, there’s one man that stands as a more intimidating, detestable, and downright dangerous villain than Negan. That is David Morrissey’s one-eyed biter-basher, The Governor.

Negan has managed to transform himself into a roguish hero in recent seasons, which makes fans wonder if The Governor was capable of making a similar turnaround. Rick Grimes managed to beat both men. But whether The Governor or Negan would win a showdown will sadly, for Walking Dead fans, be a question left unanswered. 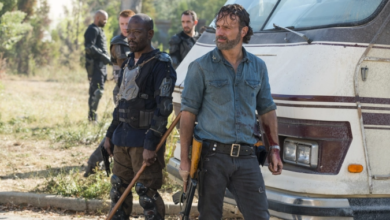 ‘The Walking Dead’ Finale and ‘Fear’ Premiere to Screen in Theaters 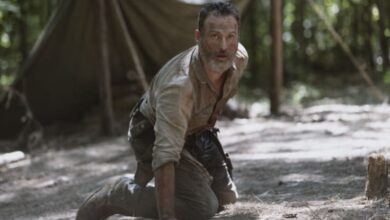 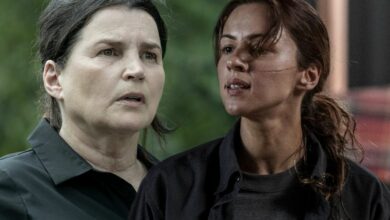 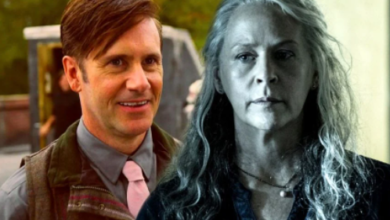