Fans of The Walking Dead spin-off series Fear the Walking Dead has gotten great news with a renewal for season eight. This news was accompanied by the announcement that fan-favorite Madison Clark (Kim Dickens) will make her return in the second half of season seven and once again become a regular in season eight. The question is, when does the midseason premiere of the series air on AMC?

The season seven midseason finale of Fear TWD ended with Alicia (Alycia Debnam-Carey) declaring war on her one-time friend Victor Strand (Colman Domingo). Alicia made a dramatic return in season seven. This is the first time she was seen since cult leader Teddy Maddox (John Glover) locked her in a bunker so she could remake the world after he detonated his nukes.

Alicia was just about to accept Strand’s offer to move her new group into his tower. That was until she saw what Strand did to her friend Will (Gus Halper). Viewers watched Strand throw poor Will off the top of his tower in the first episode of this series. He did this because, at that time, he wanted to keep Alicia away from his tower. When he realized that he needed her, it was too late as she wasn’t in a forgiving mood about him killing Will.

When does Fear the Walking Dead return to AMC?

Fear the Walking Dead will air its season seven midseason premiere on AMC on April 17, 2022. Subscribers of AMC+ will be able to view this episode one week early on April 10, which is also the date of The Walking Dead season 11 part 2 finale.

Fear TWD saw drastic changes to the landscape and atmosphere in its current season. This is a direct result of Teddy’s plan to restart the world after a nuclear explosion that he set off. Survival is even more difficult as everyone tries to stay safe in a world covered in fallout.

Morgan and Strand are also at odds as Strand tried to kill Morgan and vice versa. Morgan is on team Alicia’s side, and the second half of the season will see everyone choosing sides as the war begins. 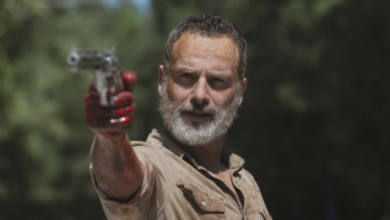 Where Is The Walking Dead’s Rick Grimes And His Movies? 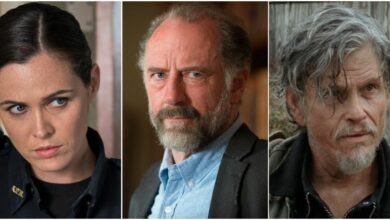 Who Was Andrew Lincoln Before ‘The Walking Dead’? 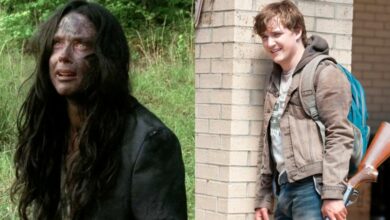 The Walking Dead: The 10 Best Characters To Only Appear In One Episode