A major theme of The Walking Dead is that the apocalypse fundamentally changes people, for better or for worse. Nobody is the same person they were before the dead started attacking, and most people have been forced to become more dangerous just to survive the harsh world they now inhabit.

This is true of the heroes, but it applies to The Walking Dead‘s villains just as well. Some were legitimately dangerous prior to the apocalypse, being soldiers, hunters, and similar. But, a great many were ordinary, everyday people who only needed the collapsing of society to become something both greater, and much worse.

10. The Governor Was A Family Man

In The Walking Dead‘s earliest seasons, by far its most notorious and most lethal antagonist was the man known as The Governor. The ruler of Woodbury, he proved himself to be vicious and ruthless. While able to disguise his nature with an easy manner and a smile, he proved capable of murder, sexual assault, and a dozen other crimes.

Prior to the apocalypse, the Governor, known as Phillip Blake, was an unassuming family man, with a wife and daughter he loved very much. A victim of childhood abuse, he seemed like a good man before the apocalypse. It is suggested, however, that he was growing bored with his ordinary life, and the potential to become The Governor was always there.

9. Jocelyn Wanted To Be A Lawyer

For a villain whose primary appearance was in Scars, Jocelyn left a vivid impression. Prior to the apocalypse, she was a close friend of Michonne’s. At law school together, they bonded and lived ordinary lives, helping each other through difficult times much as any ordinary person would.

After the world ended, however, Jocelyn went down a very dark path. She forged herself into the leader of a cult of adopted children. Brainwashing and controlling her charges, she forced them to kill and torture to stop them becoming ‘soft’, a far cry from the law student she had once been.

8. Beta Was A Remorseful Musician

Beta, taking over from his superior Alpha, became The Walking Dead‘s primary protagonist for nearly a season and a half, as the leader of the zombie-worshipping group The Whisperers. With his people’s ways of walking among the undead and using them as weapons against their foes, they posed a serious threat for the communities of survivors.

Prior to the apocalypse, Beta was a simple country musician. Implied to be mildly successful, he played under the name of ‘Half-Moon’, and seemed no more threatening than that. The only person he’d ever killed was in self-defense – and even that caused him to feel remorseful.

7. Shane Seemed A Regular Cop And A Good Man

Shane’s initial newfound strength in the zombie apocalypse initially appeared to be a good thing. He initially appears as simply Rick Grimes’s partner, and suggested to be at a similar level he is – a Sherrif’s deputy of a small town, never seeing much in the way of action. Both him and Rick are visibly unnerved in the gunfight that opens The Walking Dead.

Leading a group of survivors near Atlanta, Shane appears to have become a strong and capable leader, albeit one prone to explosive reactions. Keeping a group fed and somewhat safe, and even attacking Carol’s abusive husband, he appears to have grown. Once Rick returns, however, Shane’s strength turns bad, as he becomes obsessed with killing Rick, prepared to do anything to see him dead.

6. Most Walkers Were Ordinary People

Although their threat has diminished over many seasons, the Walkers are still an omnipresent danger in The Walking Dead, and the reason the world is the way it is. With everything except their most basic instincts gone, they are ruthless predators who have extreme strength in numbers, able and willing to tear people apart and devour them while they’re still alive.

Of course, as reanimated corpses, most Walkers were simply ordinary people who died and rose again. They may even be the less dangerous people alive before the apocalypse, given the tendency of dangerous people to survive. Nonetheless, they are the single most obvious threat in the post-apocalypse, regardless of what they were in life.

5. Anne/Jadis Was Simply A Teacher

Of all the villainous factions in The Walking Dead, the Scavengers are one of the least-explored, with none of their backstories being revealed in much detail. What evidence there is suggests that Anne, their leader – also known as Jadis – was once a simple teacher. An everyday educator of children, Anne had no real malice in her heart.

As leader of the Scangers, she proves capable of a great number of terrible acts. She is happy to kill, torture, and kidnap people for uncertain fates and human experimentation for the Civic Republic.

4. Simon Was A Predator, But Not A Physical Threat

Simon appears as the second-in-command of the Saviors, and the man who wants to depose Negan and take over the group. During his time on The Walking Dead, he proves to be one of the biggest threats there is, due to his lack of scruples. When asked to send a message to the Scavengers, he responds by wiping them out.

Simon’s lack of scruples was clear before the apocalypse, when he sold mortgages with deeply unfavorable terms to customers without regard for the effect it would have on them. Always able to dissemble and convince people he was in the right, he was always a bad person, but he wouldn’t become a monster until the apocalypse.

3. Joe Was A Cat-Loving Mechanic

Joe is the leader of the short-term antagonistic faction The Claimers, who have a brief storyline with Daryl in The Walking Dead‘s fourth season, before becoming the direct antagonists for Rick, Carl, and Michonne. Bandits and thieves who respect no property other than that their own have ‘claimed’, they still pose a fair threat, particularly in numbers.

Before leading a simple but brutal post-apocalyptic life, Joe was a mechanic. Although he was already a hunter and an outdoorsman, there is nothing to suggest he’d ever killed anybody. He even proved to have a soft spot for cats, hinting at something of a gentle nature.

2. Negan Smith Was A Bully, But Nothing More

To many, Negan Smith is the villain of The Walking Dead. The most expansive antagonist as well as one of the most impactful. His time as a villain saw him as a ruthless visionary who was unafraid to kill people just to send a message, and proved near-impossible to overcome in a straight fight.

Negan has made mention of a ‘dark side’ that showed itself before the zombies came, but it was nothing compared to what he became. As a gym teacher, he bullied his students and once assaulted an abusive husband, but did nothing on the scale of beating a man to death in front of his friends and family to make a point.

1. The Terminants Were Gentle Even After The Apocalypse

For a time, the Terminants – inhabitants of the makeshift civilisation ‘Terminus’ – were some of the kindest people in the post-apocalypse. After making camp in a safe place with some steady supplies, they set up signs guiding other survivors their way rather than jealously guard what they had, as so many others did.

A visit by bandits changed that, who imprisoned many of the population, and committed a swathe of robberies, murders, and sexual assaults. Following the attack, the Terminants became bitter and untrustworthy, and instead began imprisoning the survivors they led to their home, to later eat them. 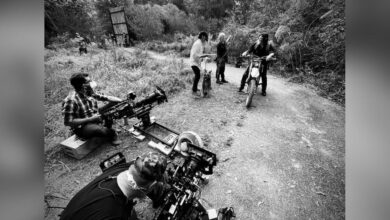 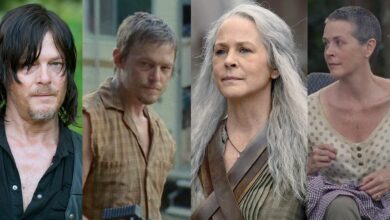 The Walking Dead: The 6 Best Maggie & Negan Moments, According To Reddit 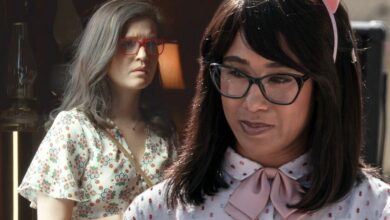