His ex wife Angelina Jolie was rumored to have been dating musician The Weeknd, which she vehemently denied.

And Brad Pitt reportedly ‘would love to date again’ himself but is wary of the dating process.

The 57-year-movie star wants to ‘find that special someone to be with long-term but ‘hates the process.’ according to Us Weekly’s source.

The insider added that ‘he can’t even step out for a friendly coffee without it being gossiped about.’

Brad is ‘focused on his family, charities and work,’ and are ‘his main priorities.’

Brad was rumored to be dating friend Alia Shawkat, but it was never confirmed.

His estranged wife Angelina Jolie, 46, was spotted having dinner with singer The Weeknd, 31, inside Santa Monica hot spot Giorgio Baldi in September.

The two fueled romance rumors when they met in June and then three months later, with Angelina reportedly telling people they were ‘just friends.’

Brad was previously married to Jennifer Aniston from 2000 until 2005.

He and Angelina met on the set of Mr. and Mrs. Smith in 2005; after dating for a decade they tied the knot in September 2014.

Angelina filed for divorce in 2016 and their divorce was finalized in April 2019 while the custody of their children is still in the courts.

Jolie adopted Maddox in 2002, then Zahara in 2005, a year after she’d met Pitt while the pair filmed Mr and Mrs Smith. He was married to Jennifer Aniston at the time.

They then adopted Pax together in 2007, and had biological kids Shiloh, Knox and Vivienne afterwards. Pitt adopted all of the kids before they got married in 2014.

In September, it was revealed that Brad requested a review of his child custody case with Angelina, after a court disqualified a private judge who granted him joint custody.

Lawyers for the star filed a petition for review with the California Supreme Court after the disqualification of Judge John Ouderkirk effectively voided the joint custody ruling, according to People.

A California appeals court disqualified the judge in July, agreeing with Jolie in that the judge, Judge John Ouderkirk, did not sufficiently disclose business relationships with Pitt’s attorneys.

In Pitt’s petition, lawyers claim that elimination of Ouderkirk ‘effectively upended the constitutionally authorized temporary judging system in California’ and subsequently ‘throws open the door to disqualification challenges at any point during a case, even if the party raising the motion has long been on notice about the alleged grounds for disqualification.’

In addition, lawyers for the actor allege that Jolie was ‘made aware of Judge Ouderkirk’s significant professional history with Pitt’s counsel from the very start,’ yet did not seek disqualification until years later.

‘After more than four years of contentious litigation, every day of which has harmed the children and their father, an important and considered custody decision will be entirely undone as a result of an administrative error that is wholly unrelated to the merits of the custody dispute itself,’ the lawyers claimed.

‘California law requires that a party seeking disqualification of a judge file a written statement objecting to continued proceedings before the judge ‘at the earliest practicable opportunity after discovery of the facts constituting the ground for disqualification,’ the petition states. ‘Failure to do so constitutes waiver or forfeiture of the party’s right to seek disqualification.’

Theodore J. Boutrous Jr., a lawyer for Pitt, said in a statement to DailyMail.com that the actor was requesting a review as the judge was ‘improperly disqualified’ following a ‘lengthy legal process’ which involved numerous witnesses and experts.

‘We are seeking review in the California Supreme Court because the temporary judge, who had been appointed and repeatedly renewed by both sides, was improperly disqualified after providing a detailed, fact-based custodial decision, following a lengthy legal process with multiple witnesses and experts,’ read the statement.

‘The lower court’s ruling will reward parties who are losing child custody cases, and condone their gamesmanship, by allowing them to wait and see about the likely direction of the case before seeking the disqualification of the judge.

‘Condoning the use of this type of strategic “lie in wait” disqualification challenge will cause irreparable harm to both the children and families involved in this case, and other families in other cases, by unnecessarily prolonging the resolution of these disputes in an already overburdened court system. Allowing this kind of crafty litigation strategy will deprive parents of irreplaceable time with their children as judges are disqualified for minor reasons in the midst of their cases.

‘The lower court’s ruling is bad for children and bad for California’s overburdened judicial system.’

The decision to disqualify Ouderkirk came in July, with the court ruling: ‘Judge Ouderkirk’s ethical breach, considered together with the information disclosed concerning his recent professional relationships with Pitt’s counsel, might cause an objective person, aware of all the facts, reasonably to entertain a doubt as to the judge’s ability to be impartial.’

It is unclear what dealings Ouderkirk is involved in with Pitt’s attorneys.

He also didn’t allow the couple’s kids to testify, despite Jolie wanting them to.

However, Pitt’s team hit back, telling Page Six in a statement: ‘The appeals court ruling was based on a technical procedural issue.’

‘The facts haven’t changed. There is an extraordinary amount of factual evidence which led the judge – and the many experts who testified – to reach their clear conclusion about what is best in the children’s best interests.

‘We will continue to do what’s necessary legally based on the detailed findings of what’s best for the children.’

A source close to the actor said Pitt is disappointed by the legal setback, telling People: ‘Brad believes there is overwhelming evidence that the current situation isn’t good for the kids. This just sets things back for everyone.’

Jolie filed for sole custody after filing for divorce after an incident on the couple’s private plane during which she said he allegedly became violent and abusive.

Despite her protestations, Judge Ouderkirk earlier this year granted Pitt tentative joint custody of the kids.

Now, it’s unclear if that will remain in place.

The judge already ruled the pair divorced, but separated the child custody issues.

Like many celebrity couples, Pitt and Jolie opted to hire their own judge to increase their privacy in the divorce proceedings. 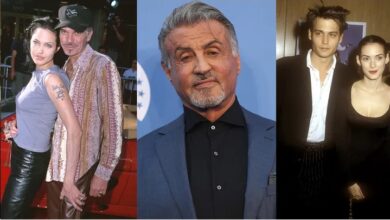 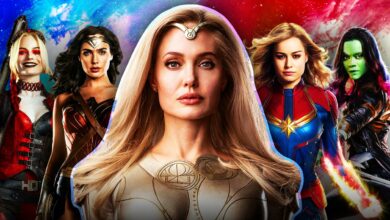 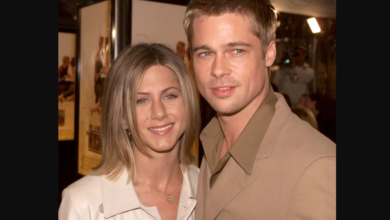