A star in the making? Angelina Jolie and Brad Pitt‘s daughter Shiloh Jolie-Pitt “has a couple offers” in the modeling industry “she’s mulling over,” a source exclusively tells Life & Style.

Angelina, 46, is “well aware that there’s interest from the fashion world” to have Shiloh, 15, model, but the Eternals actress isn’t “pushing” her teenager and “will guide her as best she can,” adds the insider.

According to the source, Angelina “knows Shiloh has a good head on her shoulders,” but the Academy Award winner isn’t “going to throw her to the wolves.”

In addition to nurturing Shiloh’s talent, Angelina is a huge proponent of letting all her children borrow from her wardrobe. “I’m like, ‘Oh my god, wear it and wear it better than me! Take it, it’s your turn,’” she told E! News Daily Pop during an October 25 interview. “I’m that mom.” Angelina shares kids Maddox, Pax, Zahara, Shiloh and twins Knox and Vivienne with ex Brad Pitt.

Shiloh has recently donned several of her mom’s pieces, including one of Angelina’s Dior dresses to the London premiere of Eternals. The up-and-coming model also looked trendy rocking a pair of ripped jeans and a hoodie at the Paper & Glue premiere on November 18.

For Brad’s part, the Once Upon a Time in… Hollywood actor, 57, is “happy” that Shiloh is “coming out of her shell” and joining Angelina at red carpet events, a separate insider revealed to In Touch.

“Brad doesn’t want her growing up so fast but he’s proud to see her on red carpets. It’s been a confidence boost for Shiloh,” the insider noted. “Of course, he worries about the effect of Hollywood on all his kids, but he does trust Angie’s instincts in this area.”

Having grown up in Hollywood herself, as the daughter of actor Jon Voight and late actress Marcheline Bertrand, Angelina, who was married to Brad from 2014 to 2019, knows what it means to be in the limelight at a young age.

“Angie’s been there, she knows better than most the pitfalls of being a child of a celebrity,” assured the source. “Angie is all about protecting her kids. Brad knows his kids are in good hands.” 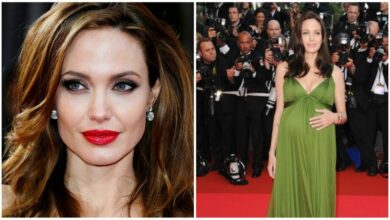 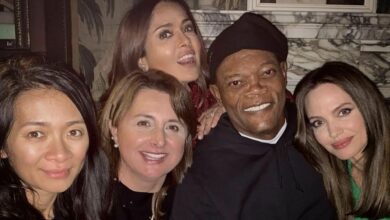 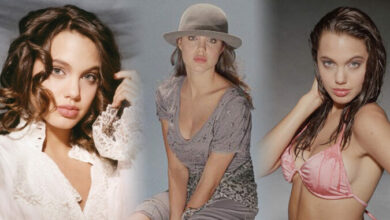 Sexy beauty of Angelina Jolie at the age of 15 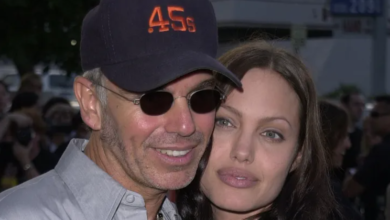