Why does Josiah show mercy to Morgan during their Fear The Walking Dead season 7 confrontation? After being shot by Ginny and separated from his friends, Morgan Jones was, understandably, not the happiest man in the zombie apocalypse when Fear The Walking Dead season 6 premiered. To make matters worse, Ginny hired a bounty hunter by the name Emile LaRoux to deliver Morgan’s reanimated head in a cardboard box. Quite happy with his neck and shoulders attached, Morgan kills the attacking Emile, puts his head in a box, and ships the rotting noggin to Ginny by way of sending a message.

Morgan has chilled out since then, but the sins of his past haven’t. Fear The Walking Dead introduces Emile’s twin brother Josiah, once again played by Demetrius Grosse. With only the name “Morgan Jones” to go by, Josiah hunts down his brother’s killer, finally catching a break by eavesdropping on Morgan’s radio conversation with Sarah. “Breathe With Me” brings Morgan and Josiah together, and LaRoux No. 2 wastes no time launching his attack. Ultimately, however, Josiah backs down peacefully and joins Morgan as an ally. It’s certainly odd that Josiah would switch from foe to friend so abruptly. The bitter surviving twin had been tracking Morgan for months, and was completely dedicated to getting revenge. Killing Morgan occupied Josiah’s every waking thought – so what could’ve changed his mind?

The obvious moment of truth comes when Josiah tries executing Morgan using Emile’s flesh-hungry head, only for the decapitated face to go rolling across the ground in unintentionally comic fashion. Rufus the dog approaches his old master and is fatally bitten, forcing Josiah into submission with a cry of “What have I done?” The significance of Rufus’ death calls back to an earlier scene, in which Josiah tells Sarah about the day both twins were trapped and separated by a forest fire, only for Rufus to rescue them through the wall of smoke. Rufus is like a third LaRoux, and by ruthlessly gunning for Morgan, Josiah has inadvertently killed another of his dwindling family. It’s a classic example of those who seek revenge digging two graves – one of their enemy, and one for… their dog.

Josiah’s reasons for not killing Morgan extend beyond just losing Rufus. Finding his brother’s head in a box labelled “Morgan Jones,” Josiah inevitably had a mental image of a villainous, despicable man unworthy of mercy, probably with fangs and Bond-villain facial hair. As Josiah grew closer to Sarah and heard her description of Morgan as an honorable, respected hero who wouldn’t kill unless absolutely necessary, the twin perhaps began to reconsider his opinion. Clashing blades with Morgan and seeing his nemesis isn’t the bloodthirsty murderer he envisioned nurtured Josiah’s seeds of doubt, and then Rufus getting bitten was the final straw.

Diving even deeper into Josiah LaRoux’s motivations and mindset, it’s possible he never truly intended to kill Morgan Jones at all in Fear The Walking Dead season 7. Though his rage was outwardly directed toward this enigmatic “Morgan Jones” he found scrawled onto a cardboard box, Josiah was mainly angry at himself for not being around when Emile was in trouble. His twin brother took a dark path and got himself killed, but had Josiah been there to stop him, events might’ve played out far less bloodily. That’s the reason Josiah is so angry; he’s simply projecting those emotions onto Morgan as a scapegoat.

Whatever his reason for letting Morgan off the hook, Josiah is a very welcome addition to the Fear The Walking Dead character roster. Season 6 made a mistake killing off Emile so quickly, and though the “secret twin” gimmick isn’t the smoothest fix, Josiah can now become a major player in Fear The Walking Dead season 7 – and potentially beyond. 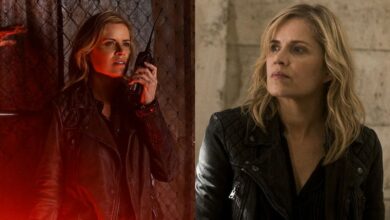 Fear The Walking Dead: 8 Theories About How Madison Will Come Back, According To Reddit 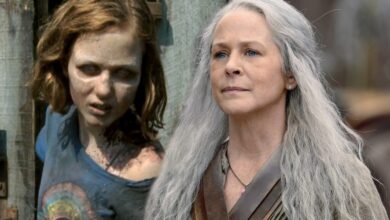 Walking Dead: How Carol’s Children Are Connected In Real Life 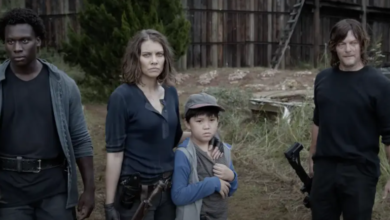 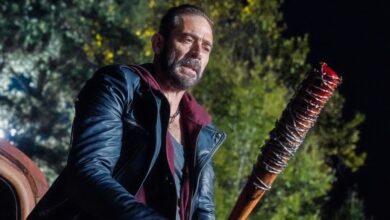