The country icon tells us about hanging out with Willie and Johnny Cash, his old days escaping prison, and why he wouldn’t dare smoke pot in the White House.

Though his most infamous tune is the 1969 classic “Okie From Muskogee,” Merle Haggard is in reality an outlaw from Oildale, California. His Oklahoma roots and Southern patina, however, have informed the singer/guitarist’s life and music in a storied 52-year career that’s spawned 38 No. 1 hits, 50 studio albums, plus Christmas, gospel, and collaboration projects. Hag’s latest recording is with longtime pal Willie Nelson, and in fact, Django and Jimmie (referencing influential legends Django Reinhardt and Jimmie Rodgers), out today, marks the sixth album collaboration between the duo. The friends are saucy and smart (to wit, their duet about each other: “The Only Man Wilder Than Me”).

In his 78 years on the planet, Haggard has traveled in many circles, from jail to the White House and everywhere in between. He’s lived to tell prodigious tales, and he does so very eloquently, both in song and in a phone conversation with Esquire from his pastoral 150-acre-plus home in the Lake Shasta area of Northern California.

Pancho & Lefty in 1983 was a great collaboration with Willie Nelson. What was the vibe this time, versus the booze-and-women shenanigans then?
Well…there wasn’t a great deal of difference. This was probably organized better than Pancho & Lefty. There was a lot of craziness in that period that went on that doesn’t exist anymore. Me and Willie have both been married to the same lady for 20 years or better, and we have two children by the lady we are with, and I am very happy with my life. All the parties and the women went away years ago.

You have a song called “Missing Ol’ Johnny Cash.” Was that a different friendship from the one you have with Willie?
You know, they are indelibly different. There is no comparison to the two of them, they just happen to be in the same business. I knew—know—both of them well. Johnny, of course, is gone. Cash was a weird duck [laughs] … to say the least. He was a comical guy, always joking. Willie likes a good joke, but Willie’s very, very serious about this business. They’re totally different people. Johnny did a lot of wild stuff back in the days when he was taking too much of that methamphetamine. God, he went berserk on a couple deals. A lot of things. Things I probably couldn’t tell you in the interview. Or shouldn’t tell you.

Can I sweet-talk you in to it?
Cash was… he loved to pull pranks on people. He painted all the furniture black in his hotel room, cut all the legs off it, and set it up in front of the elevator, and called room service. When they came up there, well, the guy had the load of food on him, and when the doors open, there’s this guy lying in bed in front of the elevator. Soon as the elevator went down, about six of ’em put the furniture back where it should be, and the manager came up, and evidently, the whole thing was inspired because they didn’t like the waiter.

You have kids and grandkids. How do you feel about them hearing your new song “It’s All Going to Pot” and knowing that you smoke pot?
I’ve got a great-granddaughter who is three months old. Well, you know, everybody falls off the wagon once in a while, and I’ve been quit for some time, but when you go down there around Willie, it’s kinda hard to turn down everything. [laughs] He’s got his own brand, I think it’s called Willie’s Reserve. But, because of my lungs, I’m not able to do that much anymore. I’m 78 years old and I had one lung lobe removed in ’08, so I have a little problem with that.

You’ve been to the White House many a time…
Well, you know, Nixon, Reagan, Carter… Obama, Clinton, about five or six. George Bush, Sr. called me and asked me to go fishing with him one time, and I was a real fan of George, Sr. Somebody told G.W. that I didn’t like him, so we never got to have a conversation. I don’t know why, I never said anything bad about him.

You wrote the song “Hopes Are High” before Obama took office. If you were to write a song like that now, what would it be titled?
It would take a long analogy to come up with a title. It’s really scary, the police action that’s going on in America. All the blacks are having such a hard time in the cities. I don’t know, there’s plenty of meat there if a person wanted to write something. Down in Arkansas and Georgia, the Civil War is still going on. You walk into a building and you’re white, it makes no difference what your heart says, you’re in a different environment having to do with a war that has never been solved.

The “outlaw” history of your young days is well-documented. But it seems like you got in trouble for stealing more out of need than malice. Do you believe people are born bad?
Mine was a combination of things. I’d lost my father when I was young, and it kind of pissed me off, and I got in with some bad people. I went to jail on some minor offenses, and met some bad people in jail, and got to idolizing the wrong kind of life. And wound up all the way in the hole in San Quentin, and I was young when I was there. Fortunately, I was smart enough to realize I’d really fucked up and turned my life around, with the help of God and a lot of good family, I was able to sustain. I could have went back to prison many times during my parole. I was not supposed to have any alcohol or be around any, and here I was having my career bust wide open at the same time that I was on parole. A lot of people didn’t know that. I didn’t have no driver’s license the first nine years I was out of prison, and I had to drive, so I wound up getting caught. In fact, I had to do five days in jail. It almost sent me back to San Quentin. There’s a lot of things there I haven’t thought about in a long while.

I know while in jail, you saw a friend making his walk to be executed. How do you feel about the death penalty then and now?

I think we have to have capital punishment, I think there has to be something to contain certain people. Those deterrents I think are necessary, especially in prison. You can threaten people for just so long, but they can flip you off and do what they want to; but not if they have to die. I hate it, though, the thought of [the death penalty] is terrible, but it’s completely necessary.

Did you think you’d actually get away with your jail escapes?

I was just a bad kid. It was exciting. I escaped 17 times, I think it was. It got to be almost a record that I was setting with [notorious bank robber] Willie Sutton; he was an escape artist. Instead of singing like Johnny Cash, I wanted to be Willie Sutton. I was just off on the wrong direction, and someone, something turned me around. God hit me on the upside of the head. And it got me. I never had any trouble again, it was just a seven-year period I went through that was absolute hell.

Now, so many years in the rearview, are you proud of your escapes and escapades, or do you feel any guilt?

I’m proud that nobody got hurt. There were a lot of situations where I could have been killed or some officer might have been killed chasing me, a lot of things could be different. Now, you know that’s experience you can’t buy. And it’s there in my rearview mirror and I can refer to it in my writing. I have the experience to talk about things some people only imagine.

At 78, you’ve had five marriages. Are you now a good husband?

I try to be. Women are God’s last creation. You suppose he’s saying, “What should I do to follow this?” [laughs] Well, it’s really a head-scratcher. I think women are absolutely wonderful. I think this world is going to be governed by women. That’s where we’re heading. If it doesn’t happen with Hillary [Rodham Clinton], it will be somebody else. I don’t know whether Hillary can do it with all the baggage. She’s collected a lot of baggage.

Are you rooting for Hillary Clinton?

I want the best thing for the country. And if we decide, the country decides she’s got the credibility to pull it off, this election… Think about it, you get Bill Clinton, and he’s the greatest diplomat we’ve ever had. If ol’ Bill is sitting there taking care of meeting people around the world, it might be like getting two presidents in one.

When visiting the White House, isn’t there the temptation to do as your pal Willie Nelson did—secretly smoke pot, or something else subversive?
No, I tell you, I went to the White House for Richard Nixon’s wife, Pat Nixon. I played her birthday party, and I wasn’t smoking anything other than Camels in those days, but I didn’t smoke a Camel either. We were highly honored to be there, by the invitation of any president. The office of the president is what we honor, not necessarily the person occupying it. 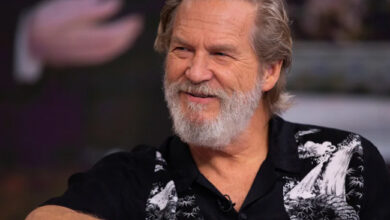 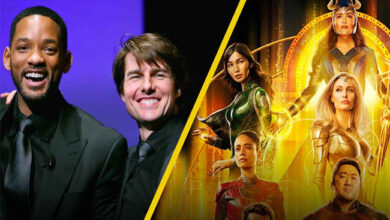 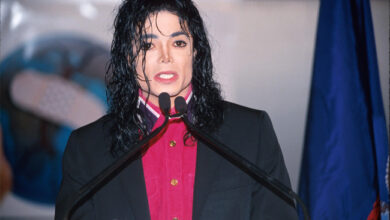