Daryl of course began his Walking Dead existence acting mostly as the tag-along brother of his older sibling Merle Dixon (Michael Rooker), a racist loudmouth who quickly established himself as the most detestable character in season 1. Once Merle went away for a while, Daryl slowly came out of his shell, revealing that he wasn’t the hateful, needlessly violent, prejudiced type of person that his brother was. Quick with a crossbow and willing to regularly risk his own life to save his friends and fellow survivors, Daryl is arguably the coolest and most beloved character in The Walking Dead’s history.

It’s no surprise that Daryl is currently one of only two original Walking Dead characters still with the show, with the other being future spinoff co-star Carol (Melissa McBride). Daryl’s gone through quite the journey of emotional self-discovery since season 1, and it’s season 4’s “Still,” one of the most pivotal episodes in Daryl’s development, that Reedus cited (via EW) as his favorite Walking Dead episode to date. It’s a good choice, generally acclaimed by both fans and critics.

“Still” aired in the back half of The Walking Dead season 4, shortly after Rick Grimes’ group of survivors fled from the prison after it was besieged by The Governor and a deadly battle ensued. While The Walking Dead is usually an ensemble show, “Still” took a different tack, focusing entirely on the characters of Daryl and Beth, and featuring no other regulars like Rick or Michonne. Daryl and Beth at first don’t gel, with Daryl seeming a bit standoffish, and Beth having her heart set on drinking alcohol, something her recently killed father Hershel never allowed. As the episode goes on, Daryl and Beth take on walkers, drink moonshine, visit a golf course, and reveal more about themselves both to each other and the audience. As Reedus has stated, “Still” is a favorite due to the unique opportunity it gave him with Emily Kinney’s Beth:

“Emily and I, we bonded so much on that episode and I had never really worked one-on-one with Emily before. I’d worked with everybody but Emily pretty much. Doing that…It was those two characters learning about each other as those two actors learned about each other all on the spot. It was really interesting and I loved watching her get that opportunity to just explode like that.”

Daryl also admits harboring deep feelings of guilt about Hershel’s death, blaming himself, although Beth clearly doesn’t feel he’s responsible. “Still” ends with the two metaphorically burning down their pre-plague past lives, flipping middle fingers as the fire rages. Reedus loved making the episode, as he hadn’t worked directly with Beth actress Emily Kinney before that, and he felt that they bonded right along with their characters over the course of the story. Sadly, Daryl and Beth’s bond would end with tragedy, as Beth died at the hands of Dawn during her forced stay at Grady Memorial Hospital in Atlanta, much to Daryl’s horror. It’s a death that still sticks with The Walking Dead fans to this day. 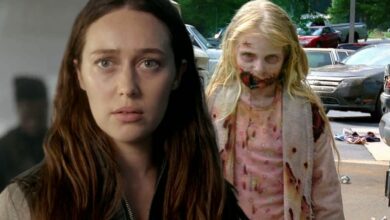 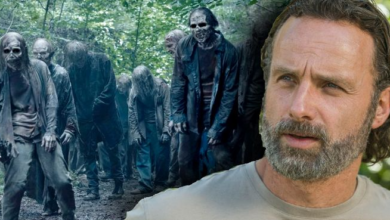 Did AMC Reveal The Walking Dead’s Rick Grimes is in Europe? 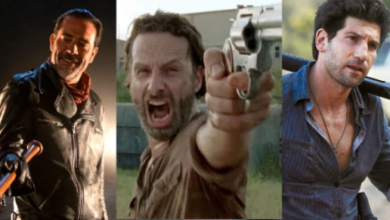 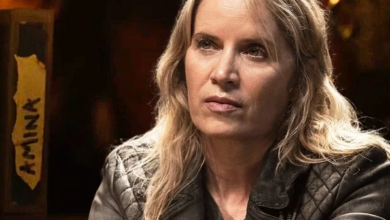 Fear TWD: The Meaning Behind “Amina” & How It Connects to Madison