Actress Megan Fox has, in a little over a decade, run the gamut of the Hollywood system, and has come out the other side as a performer with range and an ever-alluring media personality. With the kind of screen presence that’s entrancing and mysterious, she makes outrunning, fighting robots, munching on high school dudes, or dragging around a grown dude locked to her wrist more absorbing than they already are.

Across her years in the game, she’s been a part of blockbuster franchises and cult classics, and below I have listed some of her very best entries, ranging from her leading roles to her underappreciated supporting turns (but not including her cameo in The Dictator).

Teenage Mutant Ninja Turtles: Out of the Shadows

The first entry of the CGI-live action Teenage Mutant Ninja Turtles movies was an ugly affair, trying to straddle the line between the ridiculous premise and a more grounded, modern approach. The sequel is far from great, but at least it has the good sense to have a more colorful abandon than its predecessor, embracing the ludicrousness of talking kung-fu turtles. As the returning April O’Neil, Fox has been in better movies that have made better use of her talents, but of the several CGI-heavy movies under her belt, this is certainly one of the least headache-inducing.

The film that catapulted Fox to fame and onto the walls of every man, prepubescent or otherwise, Michael Bay’s Transformers benefits from being the best entry in a series of increasingly loud and moronic robo-smash-‘em-ups (sans Bumblebee, I suppose). As he does with most of the women in his movies, Bay shoots Fox like a piece of eye candy and doesn’t give her character much to work with — but it’s also hard to blame him for that, in this case. Fox is such a stunning screen presence that she steals the show from fighting robots, and it’s no wonder why it only took this one movie to make her the next entertainment industry “it” girl.

As Fox has entered into more genre territory in recent years, so too has she primed herself to become more of a leading action hero. In Rogue, which finds her as a mercenary facing both a terrorist group and a vicious mama lion, Fox is a commanding screen badass leading a group of typical, hard-nosed action dudes through bullet-blazing encounters and the wrath of nature itself. Much of the movie isn’t as strong as it could’ve been as a B-action movie, but Fox once again proves how well she can hold her own as a leading lady, carving out a new identity for herself on the screen which will hopefully lead to roles suitable for her obvious badassery. 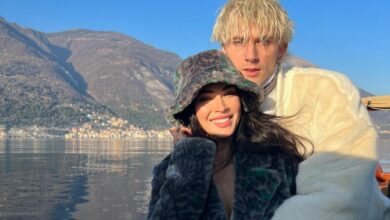 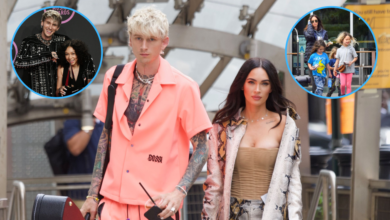 Tell Us How You Really Feel! Megan Fox, MGK’s Kids React to Them Dating: They ‘Get Along Great’ 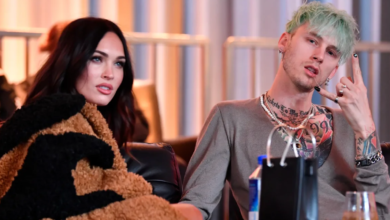