The Big Lebowski has a cult following that has helped solidify its status as a comedy masterpiece. Here are just a few of the many reasons it endures.

When The Big Lebowski was released in 1998, it hardly did anything at the box office. Since then, however, it has become a true cult classic with a large, devout following. The film is about Jeffrey “The Dude” Lebowski, an unemployed bowler who is mistaken for a millionaire by the same name and lured into a wild plot involving kidnappers, pornographers, and violent nihilists.

He must navigate this bizarre underworld, all while preparing his bowling team for the all-important league tournament which is just around the corner. The Big Lebowski is one of the funniest and most original comedies ever made. Here are 10 reasons it’s a bonafide masterpiece.

The Big Lebowski has two storylines, both of which are hilarious and unpredictable. The main plot involves The Dude and his sidekick, Walter Sobchak, delivering a fake ransom for the “Real Lebowski’s” kidnapped trophy wife and then dealing with the consequences. The second narrative centers around the upcoming bowling tournament and the qualification process.

Walter is so serious about the latter that he goes as far as to “draw a firearm during league play” when an opposing player commits a foul and refuses to accept the penalty.

Part of what makes this film so unique is that the protagonist is someone the audience has no confidence in whatsoever. Typically, the hero character in a story, though flawed, is equipped with enough redeeming traits to instill in the viewer some hope that he or she will prevail.

Played by the great Jeff Bridges, The Dude, on the other hand, inspires no such confidence. He’s a broke stoner who drinks White Russians by day and bowls by night. In this sense, he’s the ultimate underdog, which makes his hero’s journey a particularly daunting one.

The Dude’s bowling buddy, Walter Sobchak, played with belligerent bombast by John Goodman. Walter is a Vietnam vet who connects any and every plot development to his jungle warfare experiences. He approaches his various dilemmas with the confidence of a warrior, but with none of the necessary skills or intelligence to successfully navigate the world he’s in.

Walter’s arrogant bluster in the face of each successive failure makes for a hysterically perfect foil to The Dude’s hapless defeatism. Walter and The Dude are one of the great on-screen duos in celluloid history.

Steve Buscemi is wonderful as Donny, the third wheel of the bowling team who’s always two steps behind the action. John Turturro, another Coen brothers regular, nearly steals the film as Jesus Quintana, the flamboyant MVP of the rival bowling team. Julianne Moore is the eccentric daughter of “The Big Lebowski” who lures The Dude into her own scheme.

Philip Seymour Hoffman is perfectly cast as The Big Lebowski’s weaselly personal assistant, and David Huddleston plays the title role with over the top cartoonish flair. With a cast like this playing characters so rich and unique, there can never be a dull moment.

At two different points in the film, we enter The Dude’s subconscious in the way of extended musical dream sequences. The Dude is big into marijuana and alcohol, and so his dreams are appropriately trippy and adventurous. The dream sequences in The Big Lebowski give us insight into The Dude’s aspirations, like sporting achievement and vibrant romance, but also his fears, i.e., impotence and annihilation.

Because The Dude is such an enigmatic protagonist, it makes total sense that our clearest glimpse into his soul comes in the form of these surrealist set pieces.

The film takes place during the first Gulf War. References to the conflict abound in dialogue and imagery. Walter, a Vietnam vet, consistently references the conflict throughout the film. Visually, Saddam Hussein appears in The Dude’s dream.

Metaphorically, the plot of The Big Lebowski is set in motion when he goes to recover damages for his soiled Persian rug, which he says “really ties the room together,” much in the same way that Persia, now Iran, can be said to “tie the Middle East together,” as the chunk of land between the Persian Gulf and the Caspian Sea. As The Dude would say, “Far out, man.”

The dialogue in the Coen brothers’ script is unlike that of any other film. Characters repeat themselves and each other, they talk over each other at length, and often lose their train of thought, mid-sentence. The unconventional use of dialogue is just one of many factors that make The Big Lebowski so rewarding upon repeat viewings.

Audiences can watch it over and over again, and hear new lines for the first time, or recognize the significance of a piece of dialogue they might not have picked up on before.

The great Sam Elliott plays a barfly in the bowling alley who, in the film’s final scene, addresses the camera directly and reveals himself as the narrator whose voice we hear at the beginning of the movie.

He’s a root beer-swilling cowboy, a staple of American mythology, who sees The Dude as “the man for his time and place,” as opposed to himself, a relic of a bygone era. The narrator gives the film a timeless quality and makes The Dude a mythical figure in his own right.

For most of the film, the audience thinks that the main villains are the nihilists who kidnapped Bunny Lebowski. Near the end, however, we realize that “The Big Lebowski” himself is just as evil as they are.

When he sent The Dude off with the “ransom money” to pay them, he sent them a briefcase full of phonebooks – a “ringer for a ringer,” as The Dude puts it. This clever twist ending is the cherry on top of an already wild and crazy plot, which makes the story all the more fun to follow.

A film as unique and as rich as this one is bound to spawn numerous fan theories about hidden meanings, character backstories, etc. One of the most interesting fan theories is the one that says Donny is actually the ghost of one of Walter’s Vietnam buddies who died in the war.

At the end of the movie, when they give Donny his burial at sea, the fan theory suggests that Walter has been in possession of Donny’s remains since returning home from combat, and finally finds it within himself to say goodbye to his fallen brother in arms. 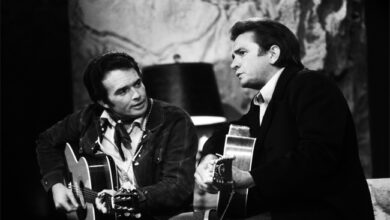 Merle Haggard: The authentic and gifted voice of the people 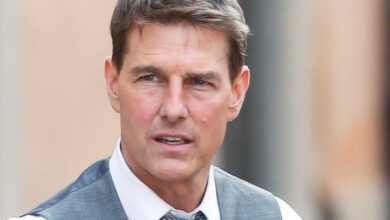 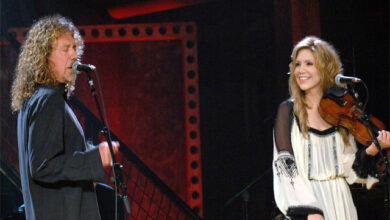 Nicole Kidman compliments Keith Urban for being self-made, says he helps her be better actress