Leonardo DiCaprio is one of the greatest actors working today. He doesn’t appear in a ton of movies but when he is in one, you know that he will deliver his A-game. His last film, Once Upon A Time in Hollywood, earned him a nomination for Best Actor, an award he’s been nominated for five times and has only won once, for his performance in The Revenant. He was also nominated for Best Supporting Actor for his performance in What’s Eating Gilbert Grape at the age of 19.

It seems like he gets nominated every time he appears in a movie, however, many of his performances didn’t get any love from the Academy Awards. Whether he had better competition during these years or he was just outright snubbed, many of his roles have deserved more love. Here are seven great DiCaprio performances that weren’t nominated for an Oscar.

It’s easy to overlook DiCaprio’s performance in this Martin Scorsese film as Daniel Day-Lewis steals every scene. However, DiCaprio goes toe-to-toe with Day-Lewis in Gangs of New York and holds his own, which is impressive as it was still early in his career. His character is someone looking to get revenge on Day-Lewis’ character but he constantly has to pretend to be someone else in order to gain his trust. DiCaprio does a great job at hiding this character’s rage along with constantly playing mental games with Day-Lewis. Once his identity is revealed, his performance is more free and outgoing as DiCaprio gets into the mindset of this character. Day-Lewis and DiCaprio are both of this generation’s finest actors and watching them battle it out is an awesome experience..

The Basketball Diaries proved that DiCaprio could carry a film in a leading role. He plays Jim Carroll, a teen whose addiction to drugs leads to a downfall where he drops out of school and ends up living on the street. DiCaprio does an excellent job at portraying the downfall of this character and the tragedy of it since he had such promise. His character commits crimes but he still has a good heart. He’s a young, scared boy in a horrible situation and DiCaprio captures the sadness and desperation that this character feels. It’s an early example of the emotional range that DiCaprio brings to a role.

DiCaprio’s performance in Shutter Island is a difficult one as he plays a man struggling to keep his own sanity. There are hints throughout that he isn’t in his right mind but he believes he is sane, which means that DiCaprio has to do a balancing act of playing a character who is both mentally healthy and unhealthy. He has a traumatic past and he is keeping it repressed but once he remembers, that’s when he reverts back into a state of instability. His performance is not only convincing but it manages to foreshadow what is to be revealed about his character later. Shutter Island is a movie that demands several rewatches and DiCaprio’s performance is an intriguing one to analyze multiple times.

DiCaprio as Cobb in Christopher Nolan’s Inception is a more hardened and reserved performance. Cobb is someone we don’t know much about initially and as the movie continues and we find out more information, Cobb becomes more vulnerable and DiCaprio’s performance opens up. He expresses more emotions as the movie continues. His character doesn’t want to reflect on his past, however, he is forced to confront it as he dives deeper into his own mind. Inception has tons of action and DiCaprio’s performance gives the story more emotional weight that keeps us invested in the action.

The Departed received a lot of love from the Oscars but DiCaprio’s performance was surprisingly ignored by the Academy. While DiCaprio is in the midst of an incredible ensemble, he still manages to stand out as Billy Costigan, a cop who goes undercover to infiltrate a Boston mob run by Frank Costello (Jack Nicholson). As he gets deeper undercover, the fear and paranoia he feels begin to eat away at him. When Nicholson begins playing mind games with him about being a cop, DiCaprio manages to appear scared but is also able to hide it.

He’s a good cop but he has a criminal family background and is tired of being associated with it. He wants to escape and the only way for him to do that is to dive in headfirst. DiCaprio captures Costigan’s mindset perfectly as he lives in a constant state of frustration and paranoia.

Catch Me if You Can

Talk about versatility. DiCaprio’s performance as Frank Abagnale, Jr. shows off how capable he is as an actor. Throughout Catch Me if You Can, he has to pretend to be someone who is pretending to be other people. Not only is DiCaprio able to portray Abagnale in an effective way, but he also manages to portray the other personalities that Abagnale. However, he is still the version of that personality that Abagnale would create. There are so many layers to this performance and DiCaprio is able to pull it off.

DiCaprio does play characters who have a mean edge to them but Django Unchained was the first time he went full villain. His performance as Calvin Candy, a brutal slave owner, shows how despicable and ruthless this character is. He not only treats his slaves mercilessly but he is also incredibly smug, believing he is invincible due to his status. DiCaprio fully commits to this heinous character to the point where he actually injured himself on set. While delivering his monologue during the dining sequence, he slashed his hand on broken glass and instead of stopping the scene, DiCaprio went with it and made the scene ten times more intense. Thankfully for audiences, DiCaprio commits to all of his roles and this performance showed DiCaprio fully in his element. 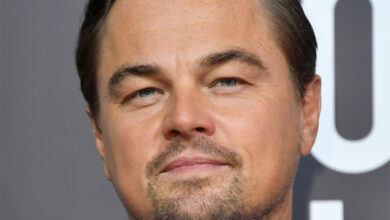 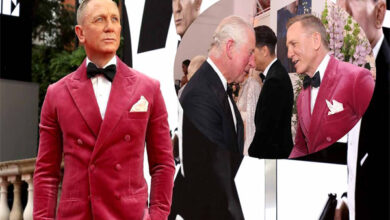