Country music trailblazer, Kacey Musgraves and her label are currently advocating for her chart-topping record, Star-Crossed – as the Recording Academy recently decided that the project is not eligible for country album of the year for the 64th annual Grammy Awards.

Just six weeks before the nominations become available to the public, the hitmaker became aware that the Recording Academy’s screening committee rejected her critically acclaimed collection for not fitting into the country music genre. However, the album’s fan-favorite track “Camera Roll” was submitted and accepted for the best country song category.

“This decision from the country committee to not accept star-crossed into the country albums’ category is very inconsistent and calls into question the other agendas that were part of this decision,” says Cindy Mabe, president of Universal Music Group Nashville in a letter addressed to Recording Academy CEO Harvey Mason Jr.

According to the Academy, to be considered into the best country album category – the collection must contain “51% playing time of new country recordings.” Although, the country committee rejected Star-Crossed, it is qualified for album of the year and has been accepted by the pop screening committee for pop album of the year.

The reason behind why the recently released project was not approved remains unknown, as “sonically, it’s got more country instrumentation than Golden Hour which won Country Album of the Year in 2019,” revealed Mabe.

The “Space Cowboy” singer has become a mainstay in the Best Country Album category throughout the years, as she brought home the honor in 2014 with her debut record Same Trailer Different Park, became nominated in 2016 for Pageant Material, and scored the accolade for Golden Hour in 2019. While considering other country categories, the icon has raked in six Grammy wins in total.

In the recent letter dated October 10 – Mabe clarified the ever-lasting impact Musgraves has had on the country music landscape and why their decision to remove the artist was an unfortunate mistake.

“As a prime stakeholder in country music, I would really like to frame what’s happening in our genre right now and help you and the Grammy’s [sic] fully understand the importance of Kacey Musgraves to country music and why this decision is so much more than an entry point for an awards show. Taking her out of the country category actually does harm to a format struggling with change and inclusivity overall,” she writes.

Throughout the demanding document, she continued to educate the academy about the ongoing hardships women of country face and how they should not feel the negative repercussions of other individuals’ actions. “The numbers speak and are a matter of public record, with women making up only 10 percent of all country airplay. This year alone, country music has been mired in the controversy surrounding one of the formats [sic] biggest artists, Morgan Wallen, who used a racial slur and grew fans and audience from it. THIS IS NOT ALL THAT WE ARE. Under the surface are the artists that change it all, and they are led by the example of Kacey Musgraves,” she adds.

To top off the letter, the label did not ask for the album to be reconsidered. However, she did request the Recording Academy to recognize their poor decision-making and how it will alter the future of country music. “I’m sad for fans of our music and the ramifications of how we’ll continue to define success in country music,” shared Mabe. “This short-sided, biased decision will send ripples throughout our format to continue to insure [sic] that the message is sent that country music can only be for the limited few that enjoy the same perspective.”

With the letter now with the Recording Academy, the multi-platinum artist has taken matters into her own hands and spoken out on social media.

Wednesday, October 14 – Musgraves took to Instagram to share, “You can take the girl out of country (genre), but you can’t take the country out of the girl.” Following the bold statement, she posted several photos with country legends like Willie Nelson, Dolly Parton, Martina McBride, Loretta Lynn, George Strait, and more.

She asked each icon to confirm that it would be a challenge to alter someone’s deep love and passion for traditional country with each photo. “Ain’t that right, Loretta Lynn?” says Musgraves while pairing the question with a picture of them joining forces at the Grand Ole Opry. 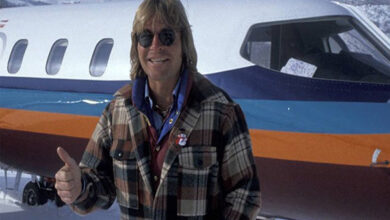 John Denver treasured his home life when he wasn’t on stage, pal says: ‘He would always miss the kids’ 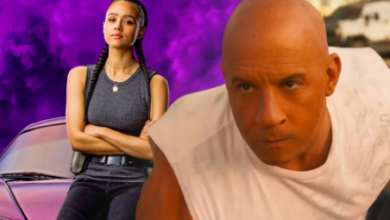